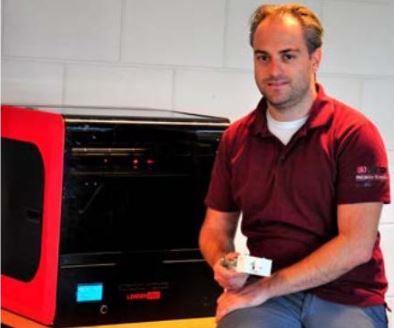 Exerion Precision Technology started using 3D printing to be able to present a physical 3D model during their sales pitches. Now, the dddrop filament printer in their office allows the engineers to go even further, like printing bending tools for the press brake. “With these we can bend eight to ten prototypes, which is enough to validate a design,” says Robertjan Ansink, manager engineering at this manufacturer from Ulft, The Netherlands.

Exerion develops machine frames, using a smart sheet metal technology to create them from thin sheets of 0,8 to 1 mm thick. Prior to their clients saying “yes” to a design, they usually present them with a working prototype. This used to require a hefty investment in tools for the press brake, with the possible risk of having to change the design afterwards. “We now use the dddrop 3D printer to partially 3D print these tools. We print the molded part and add it to a universal steel body.” Robertjan Ansink explains. Practice shows that these FDM printed tools are strong enough to bend several products from the thin sheets. Proof enough to validate the design and present a prototype to the client. This delays the investment for the creation of an expensive bending tool to the moment when the design is validated and will require no further adjustments. 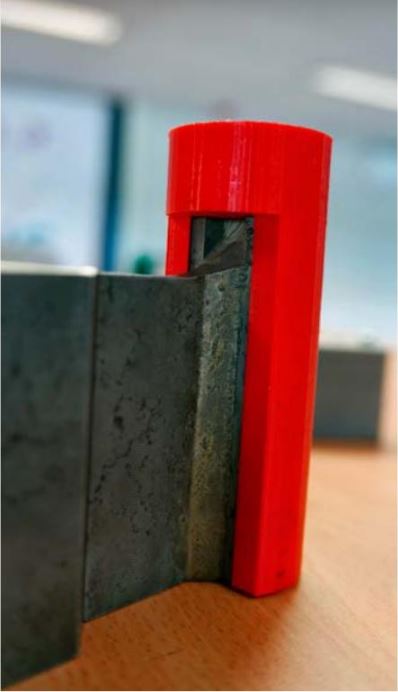 More and more applications
For Robertjan Ansink, this is a use of the dddrop 3D printer he had not anticipated. However, he notices that as the engineers become more acquainted with the filament printer, they will discover more and more applications. They also make great use of the form freedom that 3D printing offers them. Robertjan Ansink: “Sometimes we’ll need a press brake tool with an opening that’s exactly right for the punching machine. These are expensive tools, so we need to be sure beforehand that the tool will function.” 3D printing and testing of a prototype will give them this certainty. Exerion Precision Technology’s engineers have also started 3D printing parts that are inserted directly into a machine. The housing for a tool used to create threads in sheet parts and put props in is an example of this. Robertjan Ansink: “Back in the days, this would have been a cutter part. Thanks to 3D printing, we can reduce delivery time and costs of the part and integrate multiple parts in one whole, because we adapt the design to the possibilities of 3D printing.” Exerion uses these applications in their own machines, to aid in production. Because the printing of parts is a much quicker process than outsourcing the milling work, the engineers will have more time to make multiple iterations in order to get to the perfect design. “Normally, every iteration costs time and money. The dddrop 3D printer significantly reduces this.” Robertjan Ansink has noticed that this requires a new way of thinking. “It’s not a natural process that happens at the push of a button.” 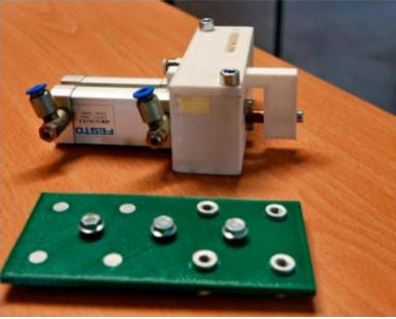 Simplicity
The manufacturer purchased their 3D printer at the start of 2018. It’s a dddrop Leader Pro; the version with a dddrop Smart Module. This module allows the 3D printer to be operated with a smartphone or tablet, change printer settings in real-time and restart the printer once the filament roll is finished. Designs are created in SOLIDWORKS, the slicer software they use is Simplify3D. Robertjan Ansink particularly likes the ease of use of the 3D printer. “The printer is user friendly; so far we have only used the default settings for the dddrop filament and that works fine. When printing products for our own use we like to experiment, with layer thickness for example. Sometimes we’ll push the printer too far and things go wrong, like when we think we won’t need support material but we really do.” Printing speed is not an issue yet. The timesaving for the engineers who have access to their printed shapes and models right the next morning is so great already that a shorter or longer printing time is of no importance. “And if we need the parts faster, the large printing surface allows us to combine multiple products in one printing job.” Robertjan Ansink believes without a doubt that the role of 3D printing in the manufacturing industry will only increase. “Time will tell how fast this will happen. I don’t see any limits yet, only new possibilities.”

Exerion Precision Technology
Exerion Precision Technology in Ulft, The Netherlands, is a system supplier for machine frames built from sheet metal. It specializes in mostly lightweight, but also rigid frames made of thin sheet. Their clients are in the semi-conductor industries and medical industries as well as 2D printing. Exerion Precision Technology does all their engineering in Ulft, where they also create prototypes and small series. They also have a factory in the Czech Republic for the larger volumes and products that require less automation such as assembly work. The really big series, with volumes up to a thousand, are produced in Malaysia. The Dutch manufacturing company also builds the frames for the dddrop 3D printer. 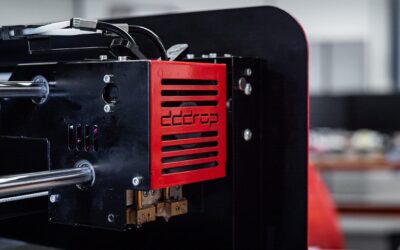 The dddrop 3D printer shortens development time “On a physical model you can see much faster where the design problems are” Digital design- and visualization software and even VR glasses can not...