What is ‘Ghosting’ and what can I do to prevent it?

The side of 3D-printed models are assembled by hundreds of different layers. When everything works optimal, these layers seem to be one whole because of the smoothness of the surface. But when something goes wrong during the placement of the layers, this is clearly visible on the outside of the print. The incorrect layers are presented in the shape of lines or ledges at the side of the model. This can have different causes and one of them is ghosting. In this blog, we will explain why ghosting happens and how it can be avoided. We talk about ghosting when the lines or ledges seem to repeat over the surface of the 3D-model. The imperfections that appear because of ghosting, appear after the curve and then slowly disappear. Usually, the lines are rather subtle, therefor the term “ghosting”. Nevertheless, we always strive to print the model as neat as possible and ghosting can make the appearance of a model less nicely. 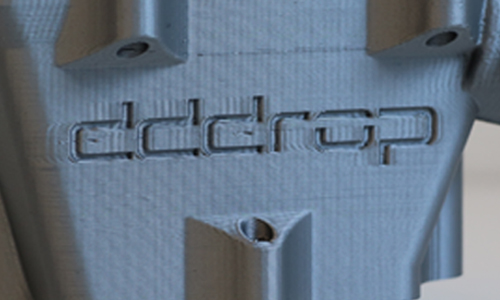 How it happens Ghosting appears because of vibrations. In most cases, these happen when moving parts, like a print head, suddenly have to change directions of motion. That’s why it often happens with prints that contain sharp corners. Most printers have an even print speed. Which means that the print head moves past these corners with even speed and amount of material. This causes the material to be printed to fast and not being spread out nicely. Furthermore, the mass of the print head in combinations with the fast change of direction cause vibrations which are reflected in the model. When these vibrations are gone, the layers are spread out evenly again. How to prevent it To prevent ghosting from happening, it is crucial to deal efficiently with the speed of the print head and the material. This implies that the print head needs to slow down on time and gradually and less material needs to printed before changing direction. For example before a sharp turn. After the turn, the speed should be build up gradually again to prevent vibrations in the print head. dddrop EVO Twin At dddrop we are continuously focusing on the improvement and optimisation of the 3D-printprocess. During the development of the new dddrop EVO Twin, the control of the speed of the print head was an important starting point. This resulted in perfect acceleration and deceleration of the print head, which assures neat 3D-printmodels and efficiency in print speed. The overall print speed can be increased significantly without doing any prejudice to the quality of the 3D-model, even the ones with sharp corners.

← Prev: 3D print tip: How to maintain your 3D-printer? Next: Faster validation thanks to 3D printing → 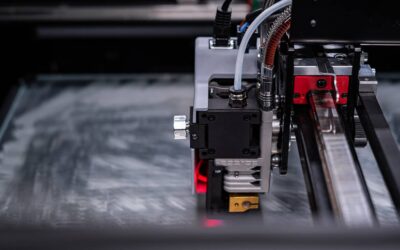 How do I prevent my product from warping?

FAQ: How do I prevent my product from warping? From time to time, our helpdesk encounters the question how to prevent products from warping. Especially with ABS, but also with less common materials...

END_OF_DOCUMENT_TOKEN_TO_BE_REPLACED 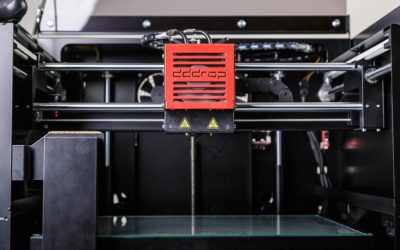 END_OF_DOCUMENT_TOKEN_TO_BE_REPLACED

The ONE and only: meet the new dddrop

The ONE and Only: Meet the New dddrop The new dddrop RAPID ONE has been released to the world some time ago, which raises the question: What can the RAPID ONE do for you or your company? The market...