When do you need to 3D print with support material?

The great advantage of 3D printing is that it allows you to print very complex models that are difficult to produce with other techniques. For example, think about printing an overhang. Because 3D printed parts are made up of layers, you always need an underlying layer to build on. So depending on the complexity of the 3D model, you may need to work with supporting structures. Below we explain the possibilities. 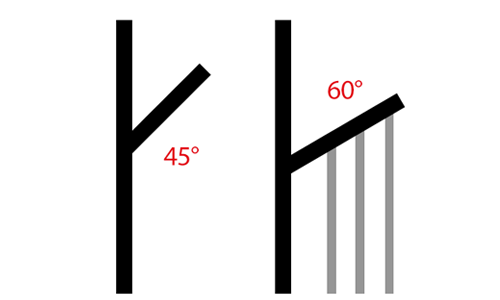 An FDM 3D printer can (in most cases) print an overhang with an angle below 45° without the need for support. A tip here: reduce the layer height, for example from 0.2 to 0.1mm. The printer will now produce twice as many layers, allowing the printer to take smaller steps when creating an overhang. For angles greater than 45°, it is advisable to support the 3D model. This can be done in three ways:

Supporting with the original material

We’ll start with the easiest and fastest way to support your 3D print. Moreover, it is the only option if you print with one extruder. In this method, the required support is printed from the same material as the model. This method works easily because you only need one material. A slicing software package, such as Simplify3D, can generate these support structures. Note that it is important not to use too much support material, because support structures of the same material are more difficult to remove from the model than the other options.

There are special support filaments available that are completely soluble. PVA is one of them. To print with PVA, you need a 3D printer with a dual extruder.

PVA stands for polyvinyl alcohol and is a soft and biodegradable polymer that is very sensitive to moisture. When PVA is exposed to water, it will dissolve. Therefore, it is perfect as a carrier material for 3D printing. After printing, the filament can be easily removed by dissolving it in cold or lukewarm water. PVA is often used in conjunction with PLA filament, but is now increasingly being applied to other filaments such as PET-G. In addition, there are several new modifications that make it possible to use PVA with higher temperatures. For example, we are talking about PVA+.

Previously, HIPS was mainly used as a support material for printing in ABS. With the advent of PVA+, HIPS is used a lot less. The reason for this change is that HIPS must be dissolved in limonene. This is a difficult to obtain, chemical. Therefore, HIPS is often replaced by PVA+ (modified PVA), a fiber that is easily soluble in water – just like PVA. PVA+ also requires the use of a dual extruder.

The major advantage of printing with support material is that it is easily removed without leaving parts behind or damaging the 3D model. A disadvantage is that support filaments are often more expensive than the base filament and can only be printed on a 3D printer with a dual extruder. dddrop also sells its own support material for the best printing results. 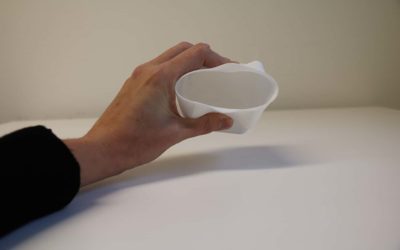 The advantages of flexible filament Printing with an FDM 3D printer offers more and more possibilities. In the past, PLA filament was by far the most widely used material, because it is cheap and...

END_OF_DOCUMENT_TOKEN_TO_BE_REPLACED 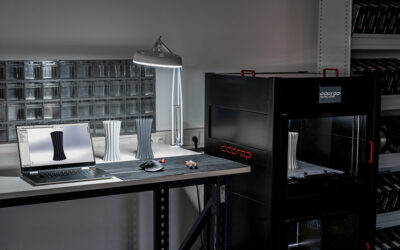 The advantages of the PET-G Carbon material When printing with an FDM 3D printer, PLA is by far the most well-known and used printing material, as it is cheap and relatively easy to use in 3D...

END_OF_DOCUMENT_TOKEN_TO_BE_REPLACED 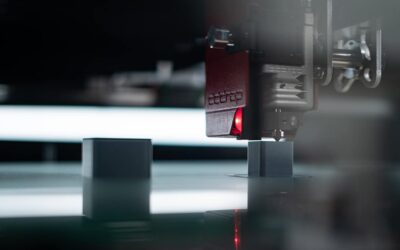 How to prevent 3D print ghosting

What is 'ghosting' and what can I do to prevent it? The side of 3D printed models are made up of hundreds of different layers. When everything is working optimally, these layers appear to be one...